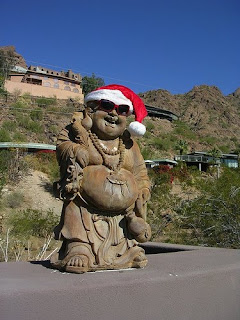 In the beginning...
In Part 1- I met the girl I would marry. Her name is Kim. Love at 1st sight (for me, anyway).
In Part 2- I spent what money I had to set up a birthday party that would put me with Kim.
In Part 3- Kim gets puked on by drunk Birthday Boy. Kim leaves. I am miserable.
In Part 4- Korean Grandmothers (Shaman) take pity on me. We Kamikaze in a taxi to Kim's.
In Part 5- I survive the taxi ride. The Grandmothers tell me they will fix all. I must return to base. I can't beat the midnight curfew but I damn sure try.
In Part 6- Suicide ride on a bus bumper. Crash. Injuries and more. Concussion too! Police chase. Escape & Evade.
In Part 7- Climb a telephone pole. Steal a bike with one wheel. Make my Great Escape.
In Part 8- Ride bike into a Banjo-Ditch (sewage). Another concussion. I crawl out and am captured by the ROK Army, then returned to base.
In Part 9- Medical treatment at 0130 hours. AM meeting with Military Police 1SG Black Thunder Johnson. Made an Ambassador to South Korea. Run to Motor Pool.
In Part 10- Bicycle recovered. I fall into the banjo ditch. 1SG YOON/1SG Johnson/Me and the Korean Grandfather have a Pow-wow. Intercultural relations rebuilt. Valuable lessons learned.
In Part 11- The First Sergeants have a meeting. I am cleaned up at a ROK Army wash point. We go to Kim's. I am Elvis, to the Korean Grandmothers. I SEE KIM! We are returning to base.
In Part 12- I return to Camp with the First Sergeant's, jeep, and bicycle. My squad members, the house boys, and I.... all ponder my fate. We break for chow (lunch). I opt for a nap and am awoken by my Squad leader SSG OLY. Intro to Staff Sergeant Oly (The Big "O") and the infamous Three Beeps. Time has come...I head for the orderly room.
In Part 13- I report to the orderly room. My fate is sealed until the next day when I must report back to the First Sergeant with my Squad Leader. I am re-directed to the unit supply room and meet Sergeant James Wheeler.

As we last left off...Sgt James (Wheeler-Dealer) Wheeler is taking me and the infamous one-wheeled battered banjo-ditch bicycle to to an orphanage in Pusan, South Korea. Jimmy is a handsome Amerasian who looks totally Korean when wearing sunglasses to cover up those blue eyes of his. He used the "A" word on me again....Ambassador. Well we loaded up the bike in a jeep trailer and headed out the main gate of Camp Hialeah. Driving in Korea is kinda crazy and Sgt Wheeler drives like an expert... after all, he is from Brooklyn and when he speaks English he is every bit a New Yorker. How he speaks perfect Korean without that accent, is beyond me. We're driving through several traffic circles and eventually hit a kind of industrial area. Jimmy pulls up to a junk yard. I asked what are we doing at a junk yard and Jimmy says it's for the bike. He explains to me that while the bike is useless it is still worth something and with whatever we can get for the bike we can buy stuff for the orphanage. Jimmy says, "Cool, huh"?! I said, "It makes sense to me, but what can the orphanage use?". Sgt James Wheeler just smiled at me and said, "You really don't know? You'll see." Jimmy sold the bike to a rough looking middle-aged Korean man dressed in dirty coveralls. Regardless of race, someone who owns a salvage or junk yard is always dressed for the part with strong dirty hands from hard work, crow footed eyes, a heavily lined face from working in the sun, and a cigarette in his mouth with a long ash on it. This man was all of that. Sgt Wheeler got 1,500 Won for it, about $3 US, back in 1975. We drove a few blocks over to a corner Mom & Pop grocery store. It was like a Lee Chong's Heavenly Flower Grocery in the book Cannery Row, a place where... as John Steinbeck put it... "The grocery opened at dawn and did not close until the last wandering vagrant dime had been spent or retired for the night. Not that Lee Chong was avaricious. He wasn't, but if one wanted to spend money, he was available." That pretty much sums up a Korean merchant. Hard working and never a day off. The little store was stuffed to the gills with inventory. I was amazed at all the stuff inside! They had cheap toys, pens, pencils, paper, Napa cabbage, Mi-Won (MSG), salt, long green onions, giant radishes, candies, ice cream, cuttle fish flavored snacks, candles, matches, pots & pans, crushed red peppers, blankets, little outdoor cook stoves with butane bottles, shower sandals, soaps, false eye lashes (?), cigarettes, beer, wine, soda, nasty Korean booze called Jinro and Soju, and Samyang ramen. The place had it all! The grocery store Pop was sittin' on the floor watching a little black & white GoldstarTV set that had sports on. He smiled broadly and rose as Jimmy and I entered. His little boy, a four or five year old who sat with him jumped up, pointed at me, and exclaimed "Me Kuk Saw-rahm"! The little boy was cute as a button and he kept pointing at me saying "American person" (Me Kuk Saw-rahm). I guess they didn't get many, if any, GI's out this way. I was pretty much a space alien in this part of Pusan, South Korea. The little boy's mouth hung wide-open when I spoke Korean to him. This Ambassador stuff could be cool. Sgt Wheeler bought a bunch of stuff. More than 10 recycled bicycles could ever buy. Amerasian James Wheeler glowed as he whipped out about $40 in Korean funny-money, as GI's called it. Purchases made and off we went.
As we pulled up to the cold gray cement walls of the orphanage Jimmy hit the siren on the jeep. A "hue and cry" of pure excitement and joy went up behind those walls like I'd never heard before. I could hear children's voices yelling happily "Jim Eee...Jim Eee"...and into the orphanage we went. In there I saw Tiny Tim's and Tiny Kim's of ages 5 thru 12 maybe. Now I knew, for absolute certain, why Jimmy Wheeler glowed on the outside. Call it a higher power or maybe the forces of good but James Wheeler had love for those kids in his heart. There was no hiding it! I don't know what Jimmy's story is or how he came to be this Saint Nicholas of the Pusan Orphanage, but this guy was Santa. A real life Santa Claus of a Christian who didn't talk all bible and God stuff, like so many Christians but he spoke of love, sprinkled with a guy named Jesus. He was a sower of seed, he was. James walked the walk like none-other I have met. I saw some shy and sad-case kids there in that orphanage, but they too glowed when held in the loving arms of Sgt Wheeler. Good begets good...this I know. The Buddhists know this too... Merry Christmas to all! JG & Family
Posted by JihadGene at 7:31 AM

Merry Christmas to you and your family Gene!

Merry Christmas JG. And may you and yours enjoy a prosperous and Happy New Year.

Merry Christmas to the Jihad family!

These are such wonderful posts - thanks so much for sharing them... Merry Christmas!

Drat - it's so late I'll have to get back here tomorrow (make that later today) and read the latest installment. I did want to take a moment to say I hope you and the JG family had a wonderful Christmas!!!

Very Heart warming! I also love your posts, I'm so happy I found your blog! Keep it going!

Warm hugs to you and your family!

Many blessings on Jimmy Wheeler.

Yes. A Very Merry Christmas to you and all of yours - past, present or future.

How did you time this so Installment # 14 showed up on Christmas :)

And - Do you have to eat cuttlefish in pairs and do you eat them with a spoon?

PS - Good begets good for sure.

Surely you folks have seen this but if not, it's a triple guaranteed smile a day.

I'm with 7:08 pm. My question exactly. How did you time this for it to be so fitting?

But you're a genius. Nevermind.

Happiest of holidays to you and your wonderful family!