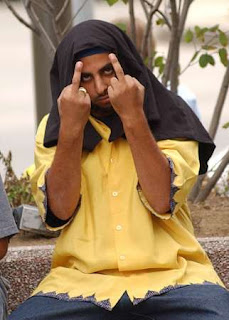 Sir, kindly just knock my ass the F@CK out and get this shit over with!!! Sunday night another group of THREE...count 'em...THREE!!!...this time Hispanics... (AKA: The 3 Amigos) broke the lower glass of the front door on our store at approximately 10:30 PM. You know, Allah? That same glass I had replaced only last week because of a similar break in (same location on the glass door)? It was only last Sunday night/early Monday morning at midnight. Remember that? Then...it was 3 black guys, The 3 A-Negroes, who got into our store, now... it's Hispanic kids who tried to break in, but couldn't gain a joyous shopping entry because of the bars I had placed on the door. Apparently "The 3 Amigos" did not talk to "The 3 Ah-Negroes" and get briefed about the newly installed bars. I'm being attacked in three's!! WTF, Allah?! I couldn't make this shit up if I wanted to!!! If shit happens in 3's what's next, Allah?! Allah, if it ain't too much to ask for, could you have all heathens involved be shit on and then eaten by a herd of wild Russian-strain boars? With my luck you'll just send me the 3 Little Pigs. Jeez! Praise be to Allah and all that crap, but help me out. So far, I score it... Seoul Brudders 1, Hispanic Homies 0, and our clothing store, Fashion Thug, out $870 (US).

Your Faithful & Pissed off Servant,
JihadGene
Posted by JihadGene at 12:45 PM 10 comments:


Hell-of-a-week, it's been! At about midnight Sunday night our store
(I call it Fashion Thug) got broken into again...for the 3rd time in about 2 and a half years. There were 3 of 'em...young punks (Aflac-can Americans). They got away with about 24 pair of pants and a dozen pair of stunner gen-U-ine fake diamond ear rings. Stooopid fucks! They went right past the Levi 501's and took the baggy pants-on-the-ground-shit I sell for half the price of the Levi's. I have again upgraded the security (yes we have cameras and an alarm system) but for these 3 guys it didn't matter. Since there were 3 of 'em, the cameras caught on tape, I have dubbed them with an alias or AKA for the local cops. Remember the movie The Three Amigos? Well I have named these three The 3 Ah-NEGROES!!! The cops loved the name LOOONG time! Oh well, it's Friday and I got this song in my head and visions of theses assholes locked up... so let's all dance!!!
*This one's for our blog friend, Tammi of Tammi's World!
Posted by JihadGene at 7:39 AM 14 comments: 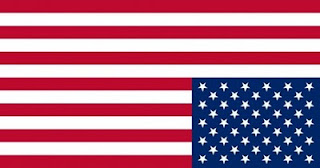 We at Great Reader wish to thank Vice President Joe Biden for pointing out to us that our Texas state flag (as seen on the right) is hanging upside down. Biden did note however that "It's no big f@cking deal".
Posted by JihadGene at 1:09 PM 7 comments: 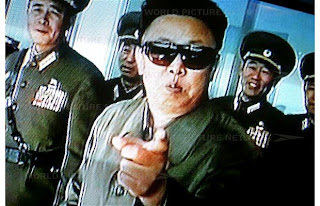 Meanwhile somewhere faraway from the hustle and bustle of Afalc-can Americans we find Norf Korea's Great Reader, KIM Jong IL back in his Pyongyang digs contemplating his next move after having received the latest intel on Obamacare...

KIM- General Wang, if this Oblamma Care kicks in...when will it take effect?

KIM- Time to do further testing of our Norf Korean ICBM's to see if they can reach Tijuana, of course!

WANG- But Tijuana is in Mexico, Great One. Why would we attack Mexico?

KIM- Because all the Americlans will be in Tijuana come 2014!

WANG- Why would they be in Tijuana, Sir?

KIM- Americlaws ducks have come home to roost!!! Now go get me a shot and a beer!! Make it a Corona and don't floorget the lime!

WANG- Right away, Great Reader! What kind of shot, Sir? 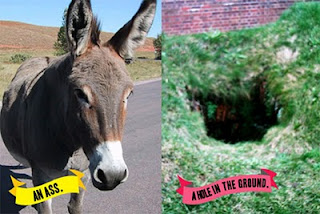 My congressman is one of those so-called blue dog democrats who claimed he was undecided on how he would vote, regarding health care, up until the last minute. His name is Jim Costa. In California we have a social program called Welfare to Work.
Now, thanks to his vote, we have a new social program. It's called...
Workers to Welfare.
Posted by JihadGene at 7:50 AM 3 comments:

KIM- I'm knews that the Americans peoples so much hates their healthcare bill that seawebbrittees (celebrities) like the MMA's Jorge Buick Rivera is speaking out against Obama!

WANG- Sir, he's only talking about a musical instrument called an oboe. Not about Obama.

This is a big FRUCKING deal!!!

Labels: for david and us army fst units

Jihad Jane or the Goats?

Hi friend. JihadGene here. I saw Jihad Jane's photos. I'd prefer to stroll in the sand and share penis coladas with a goat. Found this gem at The Jawa Report and had to have it.
Posted by JihadGene at 10:24 AM 2 comments:

Great Ladies You Should Know 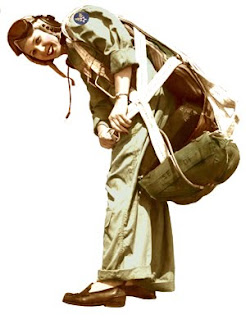 These gals of WWII were the best of the best. They were called WASP's. They were the Women Airforce Service Pilots and were left out of the history books of WWII. A total of 38 of these brave ladies lost their lives in service to our great country and sadly our government did not pay for a one of these funerals nor did our government provide a US flag to place on their coffins. For burials the WASP's quietly passed the hat and took up a collection. Toward the end of the war they were disbanded and even had to pay their own individual ways home. The WASP's are finally getting the recognition they so justly deserve though sadly, many have already passed. On March 10th, 2010 this group of Veterans was awarded the Congressional Gold Medal. God bless our WWII generation and our Lady WASP's!!!

Well, hell-row there you heathens!!! Great Reader KIM Jong IL here for JihadGene. I'm gives you update on Gene's blamboo flow (bamboo floor). The flow is rooking good but is ownree two turds done. Much work at Gene & Kim's Mom & Prop store "Fashion Thug". Many lower in-come customers bring $ to spend on pantsonthegroundurbanwear and Du-rags and bandanas and T shirts with area codes on them, thanks to tax refunds they no pay taxes for, so Gene and the ruvly Kim make dinero. Is a good thing. Is Americlaw a great place or what?! JihadGene no blog lately looong time...it's funny how time slips away when you are so bidgee. Since today is a Flyday...let's dance to KIM Jong Il's favorite singer...ELVIS!!! This is KIM Jong IL, signing off floor now.
Ruv you LOOONG time!!!