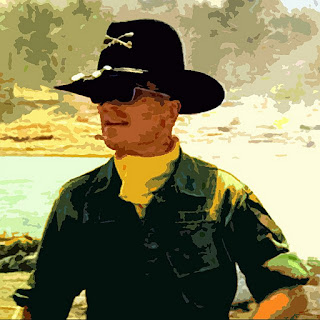 God has been so good to us...back here... at home. Lord, we thank you and pray that you continue to watch over our deployed troops, and the loved ones they had to leave behind, in order to serve our country. In Jesus name we pray this and thank you, Lord. Everyday. We thank you for these fine families. We can't thank you enough. -JG & Family 2011
Posted by JihadGene at 6:52 PM 5 comments: 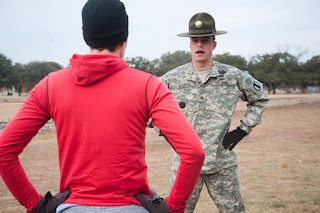 In past times, as a US Army Squad Leader (Sgt E-5), though never a Drill Sergeant, I issued ass chewings like one. LOUD ones! I do that to my teenage son as well, at times. In both cases, I cared about how they preformed. I loved my soldiers. And my son? Even more! I pray for him. ALWAYS! He needs to know this because...as a teen... he acts like I did...like he didn't hear it...or understand it...that is...the "WHYS" as to "WHY", I be issuing some righteous ASS CHEWINGS!...ones that a Drill Sergeant would be proud of! I did this same stuff to my Dad. Brushing him off as best I could. I know my son loves me, I just wish he wasn't so much like I was, at times. Thanks for hearing what was on my heart. JG
Posted by JihadGene at 1:43 PM 11 comments:

Labels: i love my son and i am a jerk looong time

It's Veterans Day! If I had to remind you of this...then kindly remind me to kick you, dead-square, in your back azimuth. I served with many Vietnam Veterans and once in a great while, I heard of their pain. Thank all veterans. Some really need that. ALL are deserving. God bless all our troops past and present!
Posted by JihadGene at 8:31 AM 5 comments: 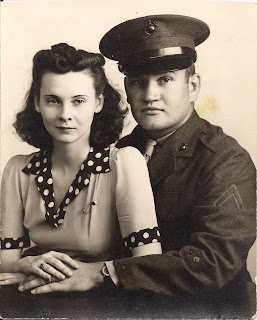 Happy birthday to the United States Marine Corps! Here's my favorite Marine, my Dad, with my Mom. Semper Fi to all our US Marines and their families LOOONG time!!!
Posted by JihadGene at 7:55 AM 3 comments: 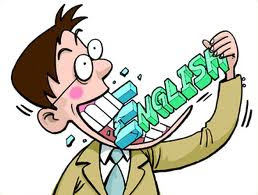 As some of you may know...my Korean nephew, Jae has been visiting with us since early September. I have been working with him on English (American Style) and he is a good student. His comprehension has vastly improved in only 8 weeks, thanks to my intensive training program! Thanks to me, he's learned how to catch a nice trout at 7,650 ft elevation while asleep on a rock! He has learned the joys of an In-n-Out burger Double Double and knows what "Animal Style" is all about! He knows how to use the word "bullshit" like a pro! Hell, it was only the other day that he told me that my BULLSHIT was BULLSHIT. Totally AWESOME! He sounded like a Raiders fan LOOONG time!!! And that's no BULLSHIT! This long visit of his has really turned into an exchange program of sorts. He has taught my lovely wife and I much about the iPhone4...texting...apps...and pretty much about life... as seen through his 25 year old eyes. Like our teenaged son, Jae is a fun kid (I'm so old, I can call him that!) who has been drafted and done his time, 2 years of active duty humping a radio, in the South Korean "ROK" Army. Jae is with us now until December, when he will return home, then resume college in February. I will miss him mightily and wish him all the best. But...as the clock winds down and he's getting closer to that plane ride home... I'm beginning to worry. You see...I, as in "ME, MYSELF, and I"... have tutored him in American English according to MY conversational skills and idiotic idiot-syncrasies/cursing-quirks. Have you seen the Clint Eastwood movie "Gran Torino"? If so, you'll remember the barbershop conversations and understand. It's been pretty much like that, ya see. Let me give you a typical JihadGene English 101 Conversational Class that happened in our Mom-n-Pop clothing store, not more than 2 days ago:
GENE- Jae, you got a big-ass head, son!
JAE- I have a big head because I have a big brain, Uncle Gene.
GENE- So... you're saying you're very smart, are you?!
JAE- Yes , Uncle Gene. That's what I'm saying.
GENE- So? Well, so what?!...I've got a big ass! Does that make me some kind of a smart ass? (me chuckling to myself)
JAE- Well, Uncle Gene...judging by it's size, I would think you were Einstein. (expressionless)
GENE- OMG! I've created a monster!
Posted by JihadGene at 9:18 PM 4 comments:

Today is "National Don't Fake it Day" ??? Well, I don't claim to be "The Godfather"...or more appropriately..."The Cannon Fodder" of RUV for nothing... but... after all this time, all these years, with my lovely wife, love is not faked. No way. There is a "horny of copia" aplenty out there...but love, when genuine, is beautiful! My wife taught me this. And for this, I am ever amazed and forever grateful! For all she is... and for all she does, I give heartfelt thanks. It's Friday folks, let's dance slow with the one you love, or...with a picture of the one you love. God bless all of our troops and their families a very looong time. It's Friday, let's dance. Let's dance slow. JG ;)
Posted by JihadGene at 7:50 AM 8 comments:

Too Old for Halloween

Damn, I'm old! I dressed up for Halloween as President Obama but everyone thought I was Redd Foxx. JG;)
Posted by JihadGene at 8:35 AM 6 comments: