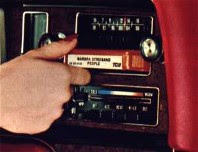 PRAISE ALLAH and get 'em while they're hot (or not)! But it is FREE! That means GRATIS for you non Engrish speaking Mexicans out there! K-Tel Records & 8 Track Tapes proudly presents Billy Joel's (B.J.'s) very own sure-to-be-a-bomb/HIT-PIECE on the US military, titled "CHRISTMAS IN FALLUJAH"! Did I tell ya it's FREE! Free?...Right there speaks volumes. Hey, I may be a lowly goat herder but I know enough to know when someone's beggin'. Here's some of his lyrics...

*And now....in the same SPIRIT OF GOODWILL... please rise and sing to washed up has-been Billy Joel, with GREAT READER and JIHADGENE, an old U.S. Armed Forces Hymn.....

**Praise be to Greyhawk for his piece on BJ's song.

Posted by JihadGene at 5:47 AM

Labels: Billy Joel can suck it

Free? Maybe the Democrats paid him to write it. It is not out of the realms of possibility.

Propaganda is their front line weapon.

PS- As mentioned on Great Brog Brakfive, this thing is pathetic from a zero talent point of view.

I think he paid some 14 yr old meth addict to write it for him. It has at least one serious self contradiction.

And PPS - no B.J. tunes will be purchased by me again. One more "BJ" of a person on the pile of BJ's.

BJ is a dooshbag of the highest order.

BJ just makes me angry. His stuff has already been tossed out of this home. I won't miss any of his work.