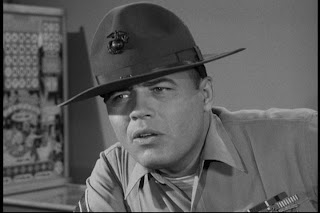 USMC Gunnery SGT Vincent CARTER says, "And I thought the Nam was farookin nutz!
Ain't that some sh*t?"

KIMMYnewz'nViewsDotCrom)-Yes, says Norf Korea's Great Reader KIM Jong IL to USMC's Sgt Carter's response of dis-be-reef! But who brought Armageddon down on the heads of the poor,pitiful, red-necked ones, of Mount Pilot, Norf Carolina?
RED NECK... a most horrid brogger, with a brogg aptly called "Redneck Ramblings" is no friend to KIM Jong IL. This guy has more priors than any associate of the Rose Law Firm, Enron, or O.J. Simpson.
Blasphemous REDNECK crap from the past-

*When you goin’ to twy out for ‘merican Idol? I think you’ve got the talent for that.

*Screw your cousin’ and keep it in the family. You probably already are, just don’t know it.

*One more thing GW,or JG, or whatever it says on your cufflinks… damn, I almost botched that one and typed fucklinks… this bilingual shit is for the birds

*Probably has hair envy. To hell with penises… they’re overrated is his assumption I assume. I didn’t say he was the sharpest knife in the dwar…

*He shoots bottlw wockets over Japan when they ain’t lookin’… like at night time, or early in the mornin’. Really. Pisses Japan off. Evwey time. It’d piss me off too if I was sleepin’ and some waterhead let one fly… or dropped a bag of flamin’ dog shit on my porch and rang and ran… That kinda fella.

...And the all most Last Straw that broke-back the Mountain of KIM Jong IL...

***When you goin’ to twy out for ‘merican Idol? I think you’ve got the talent for that.

Enuff all-leady! I'm can not takes this any mores! You, the one with the Necks of Red...You challenge me?! ME THE GREAT READER?! To's a duel with your LOWLY hero??!!...
I"M KICKS YOUR ASS BIGG TIME!!! AND FUR-DER MORE, I'M ESPECIALLY GRUNNA LUV LOOONG TIME, BEATING THAT HUCKA-BLEE SQUIRREL SUCKIN,SQUIRREL POPCORN COOKIN FAN AND TAE-SOO-DO WHITE BELT, NAMED "CHUCK MORE-ASS"!!! 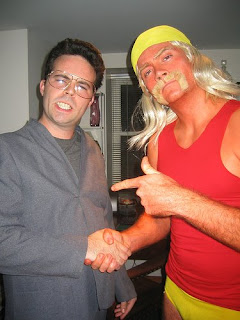 In the infamous words of Bills O'Riley, WTF's say you?! Huh, WED NECK?!
Posted by JihadGene at 5:39 PM

You know what to do.