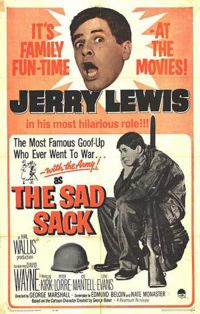 In Part 1- I met the girl I would marry. Her name is Kim. Love at 1st sight (for me, anyway).
In Part 2- I spent what money I had to set up a birthday party that would put me with Kim.
In Part 3- Kim gets puked on by drunk Birthday Boy. Kim leaves. I am miserable.
In Part 4- Korean Grandmothers (Shamen) take pity on me. We Kamikazee in a taxi to Kim's.
In Part 5- I survive the taxi ride. The Grandmothers tell me they will fix all. I must return to base.
In Part 6- Suicide ride on a bus bumper. Crash. Injuries and more. Police chase. Escape & Evade.
In Part 7- Climb a telephone pole. Steal a bike with one wheel. Make my Great Escape.
In Part 8- Ride bike into a Banjo-Ditch (sewage). Another concussion. I crawl out and am captured by the ROK Army, then returned to base.
In Part 9- Medical treatment at 0130 hours. AM meeting with Military Police 1SG Black Thunder Johnson. Made an Ambassador to South Korea. Run to Motor Pool.
In Part 10- Bicycle recovered. I fall into the banjo ditch. 1SG YOON/1SG Johnson/Me and the Korean Grandfather have a Pow-wow. Intercultural relations rebuilt. Valuable lessons learned.

And now, Dear Readers, Part 11-
We continue our story of love and misfortune between the love-struck G.I., JihadGene, and a beautiful Korean girl named Kim. It is 0930 hours, March 1975 in Pusan, South Korea. Gene is 20 years old. Kim is 21. Let the good times roll! (I wished)

THE FIRST SERGEANTS (and me)
Well I am told by 1SG B.T. Johnson (Black Thunder) to get in the back of the jeep trailer with the bicycle. Upon hearing this I dropped my head immediately, like a pup who got caught poopin' where he wasn't supposed to, and head for the trailer. We (the bike, the rope, and me) are all crap-covered from the banjo ditch recovery mission. I do not smell so good. The Korean First Sergeant told me to stop right there. I looked up as he began quietly talking to First Sergeant Johnson and, like the sharpest of traffic cops on duty, put his hand up in a crisp Korean Military Police motion for me to stop right where I was. I stopped. Well, due to all the head wounds I had received the previous night, I couldn't hear so good but I tried to. 1SG Johnson and 1SG YOON, Kil Yoo were having a Korean and American First Sergeant's meetin' right there on the side of the road. It seems that 1SG Yoon had been impressed with my demeanor and sincerity. He made it clear that I had done well to overcome the obstacles of stupidity I had placed in front my own pathway...and besides....who was this pretty girl that would make me go all Gah-Gah and suffer such injuries and humiliation for anyway? He had to have a look. First Sergeant Johnson, a hulk of a black American male with zero body fat, had his hands on his hips, and just stared back towards me, while the handsome and fit Korean Charles Bronson, 1SG Yoon, K.Y. talked . Black Thunder rocked heel-to-toe in his highly shined jump boots, every inch of him a professional soldier in the US Army. First Sergeant Yoon, his feet spread shoulder width apart, the epitomy of what a tough Korean soldier should be like, nodded in the affirmative to Johnson and both were looking at me. Their faces seemed blank, unreadable. I was told to get in the trailer and to duck down low so I would not be seen. They were gonna take me and get me cleaned up before we returned to the Army camp. I did as told and all kinds of wierd thoughts raced through my battered skull as 1SG Yoon placed the trailer tarp over us...me, the rope, and the bike.

DECONTAMINATION
We took a short ride and nearby was a wash point for the ROK (Republic of Korea) Army where I was hosed down with high pressure cold water and cleaned up. So was the bicycle with one wheel and the jeep trailer, tarp, and rope. Jeeez it was cold! Well, it was either that or ride in the trailer and wave at all the Koreans laughing at me on parade/display. "Spray me" I said...and that they did. A nearby M113 ROK armored personnel carrier crew just looked my way in disbelief. Maybe they thought it was some form of punishment that American and Katusa First Sergeants used on troops in the US Army who f*cked up! I'll never know. They offered some rags to dry me off with, God bless them. I hopped in the drivers seat. Clean, cold, and slightly soggy. I fired up the M151A2. Camp Hialeah, here we come! Well, almost.

THE SENIC ROUTE
As the driver, I was about to turn in the direction of the camp when 1SG Yoon, sitting behind me, tapped me on the shoulder and said "We go to the ladie's house". I looked at my First Sergeant who smiled ever-so-slightly and said, "Take us to Miss Kim's. We want to do some follow up investigation before I decide what I'm gonna do with you, Specialist Jihad. Got that"? 10-4, I said. Smiling but confused, I drove us to Kim's place. In spite of all the crap I had been through, and the disciplinary actions and options I could face, I was optimistic as to my fate. I drove us to Kim's. Once there I was told to stay in the jeep while they continued the investigation. Awww crap. They were treating me just like the Korean Grandmothers/Good Witches. I heard 1SG Yoon yell a greeting at the metal gate then they entered. Outside I raised the hood of the jeep and acted like I was a good soldier checking it for any sign of mechanical malfunction or defect. All the while I was straining to hear or see anything I could. Hoping to see or hear my lovely Kim. For 10 looong minutes I heard nothing. I checked my sludge smeared Timex...yep... it was 10 minutes but seemed more like 2 hours. Finally I hear a door sliding open and Korean GrandMa's cackling. The gate, in need of oil, screeches open. The First Sergeants approach with the Grandmothers. I bow to the ladies and they squeal like a bunch of school girls who just saw Elvis! They clap their hands together, smiles on all faces, bow and giggle at me in return. I look beyond them for Kim. No Kim. More talk (in Korean). More looks (Korean). More smiles (Korean). The warmth these ladies generated (Korean) ! 1SG Johnson looked at me and said, "Jihad...You are one lucky young man". Meanwhile the Grandmothers removed my cap and examined the stitches on my forehead. They fussed over me and I began to turn that beet-red-in-the-face color again. The Grandmothers ate it up even more and pointed at my embarrassed face. Yep, for one moment in time...I "WAS" ELVIS! But I was an Elvis without his Priscilla. 1SG Yoon explained, with 1SG Johnson's direction, that it would not be proper for Kim to see me at this time. 1SG Johnson said, "It's better that way. Besides... I've got to figure out what to do with you, Troop. You did violate curfew and you know that MP's set the example." I mumbled a yes to my First Sergeant. We then bowed our goodbyes. I bowed deeply....the Grandmother's squealed with delight...I was safe, for now, at least with them, anyway. 1SG Yoon smiled at me. I was not only Elvis, I was a good Ambassador. We got in the jeep and I started it. I looked at the gate one last time...THERE SHE WAS! IT WAS HER! IT WAS HER! IT WAS HER! AND SHE SMILED AT ME! AT ME-ME-MEEEEEE!!! I let the clutch out too fast and killed the engine. Black Thunder slapped me on the shoulder and loudly said, "HOME, SOLDIER"! I re-focused, restarted, and off we went. The Grandmothers waved goodbye and I bowed once more from behind the steering wheel. The Korean Grandmothers were jumping for joy! I looked for Kim in the rear view mirror, but... like the Zombies song...she's not there. She went inside. (To Be Continued)
Posted by JihadGene at 6:42 PM

LOVE THESE JG! I may even have to write up my folks . . . almost as silly! :) I can totally see the grandmas giggling and fussin over you!

Me too; I had such an image of the grandmas! Love your story; even more so because it's true!

Oddybobo- Nobody in the entire world fusses over young ones more than a Grandmother, especially a Korean Grandmother!

Pam- While not 100% true, this love story is very close to it and these experiences are a living and working combination of three tours of duty in Korea. Two down south in Pusan and one way up north in Munsan. The time frame and folks are real with name changes. I had no idea this would go on for so long (now at 11+ installments) but since I seem to be spilling my guts and enjoy the writing (when I have time for it) I will continue. There are more good stories to tell and I really want to share them. So thanks for staying tuned!

Now you have the Korean Armed Forces AND the grandmothers on your side! Yay!

C'mon, hurry it up. This is getting good!

Deltabravo- Not exactly everybody's 100% on my side. There's still a little matter called military discipline and corrective action, in the form of additional duties, to head my way.
So stay tuned and I'll try not to disappoint. JG ;)

I have relatives living in Okinawa who are constantly reminded by the natives that they all "rack-a-disciprine."

Wonderful JG - once again I'm a little late and catching up, but I'm having so much fun reading them. LOL. Can't wait for the next installment.

This is a great story!! :)Thanks for sharing!!