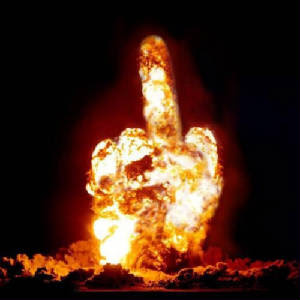 I am a shambles! My Dallas Cowboys lost again! This time to the Nude York Giants. A US Army soldier in Iraq I sponsor through Soldiers Angels is less than nothing! It seems he's not a fan of the Dallas Cowboys! How can that be? He said he likes the good-4-nuthin' Arizona Cardinals and the stinkin' St Louis RAMS! Both have recently kicked the World Famous Dallas Cowboys ass. My brother-in-law (Mr Goodguy) loves the Rams. My other brother-in-law (Mr Know-it-all) is a bigger loser than I am...he likes da Bears. It's the rainy season in Iraq and in the San Joaquin Valley now. May Allah rain buckets 'O pig piss upon them for their happiness and victories! Despite my faithful prayers, on my Official Dallas Cowboys (licensed) Prayer Mat, Allah has denied me my victories the Cowboys so richly deserve. Do ya think Allah knows about the pork rinds I was eating during the game? Could Allah be backing Obama? Or even worse... the Redskins? Or even more worse than that...the Tennis-She Titans?! I'm going to hell for this post too. JG :)
Posted by JihadGene at 7:37 AM

Some of us have a little trouble with the arrogance of the self proclaimed "America's Team."

Because of that there's only two teams I always root for, the Redskins and whoever is playing the f****king Cowboys.

Other than your misplaced loyalty you run a great site!

Ain't it s'posed to work out that if the Skins win, Juan McCain will, too?

I'm fairly indifferent to the teams, and I'm in a position to win some ching if the Steelers take it, but if this legend has any kind of truth to it...

Hurry up and fix Tony Romo. His absence is playing hob with my Fantasy team.

How can anyone like the Cardinals? I grew up in AZ and nobody there likes them either.

Barmy Mama,
This is how. Kurt (worn out) Warner with the brillo pad haired wife that likes to call talk radio, to St. Lousy to the Super Bowl, and actually won. He bounced around and wound it in Arizona, so there's that connection.

I have to report, JG, I am also a Rams fan. Have been since first grade. Why you ask? Coolest frickin' helments in the NFL and Deacon Jones's head slap(before outlawed) was a thing of beauty. Even for a youngster. I wasn't crazy about Merlin Olsen sellin' flowers though... Jack Youngblood playing in a Super Bowl vs. the Stillers with a broken leg was a man maker as well...

One last thing JG... I hear Lane Kiffin, and Phil Fulmer are available once "The Wade" gets the ax from Jerra...

Dear T1G-
I'll have to ask the Magic 8 Ball on Juan McCain. As to the Washington Foreskins...BWAHAhahaha!
Sincerely,
D.C. Hater

Dear Cappy,
Can you hook up Great Reader wiff a Fantasy date? And be discreet!
Per Odor of
Great Reader, Kim "John" IL

Dear Barmy Momma,
I know but it's true. He's on his 2nd tour in Iraq and I think his team selection warrants either an immediate Section 8 discharge or a seat in the US Senate.
Semper Frickin' Fi,
JihadGene

Oh, go Foreskins... I'm with T1G on that prediction for tonight...

I should have known that you would be a Lambs fan! Did Eric let you use the W.C. over there at the blogmeet in Tennis-Shee or did ya go "Commando" as usual? I'm hears you started the hotel dryer fire with your inflatable sheep. Dat true?

I hate to have to be the one to break the news to you, but I am one who is... um... not quite so saddened by the losses of the Dallas Cowboys.

Having grown up as a St. Louis CARDINALS fan - back in the days of Jim Harte vs Roger Staubach - I've not been weeping over their current situation.

I shall be circumspect though and not go dancing down the aisles of their stadium. ;-)

Teresa? You too?
Allah is boning me down big time and on my own blog too!Tomorrow I go vote. Surely it can't be worse than this?!

So much for the Super Bowl:(

No sweat. Last years was the best ever Super Bowl! I got to watch the Patriots lose to the NY Giants. I loved it!

Ahhh JG, so you didn't like the one where the Lambs held the Titans on a last ditch effort to take their first Stupor bowl in ... my lifetime?

Then, you got the chance to watch 'em get punked by the team you loved to see get punked last year...

Why'd you vote for Obammy? You bastid!