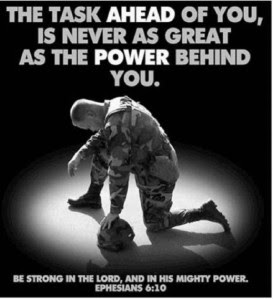 Here's an update on PFC Hunter Levine and his visit with Actor Gary Sinise at Army Household6. For those of you who want Hunter's mailing address I have it and also what to send and what not to send him. You can email me at jihadgene@gmail.com
Answered prayers....SUHWEET! Please keep praying for Hunter! HOOAH!!!

Also I must offer up this aplogogy for failure to blog on Love American VS Korean Style. An aplogogy is my apology for not blogging when promised. I'm sorry. It will have to be later this week.

Another prayer request-My best friend and his wife, my wife's best friend, flew in from Washington DC to say goodbye to his little sister (Sheila age 46) who had cancer. He got the call that she had passed while at the airport in Baltimore on Wednesday. His mother is in a convalescent home and suffers from Alzheimer's. Both his Mom and Sister are in Fresno. We went to Fresno and had a Korean dinner together. Here's some background-My best friend (Arnie) went into the Army 2 or 3 years after me. He too ended up in Korea and married in 1978. Kim and I were wed in Oct 1975. I knew Arnie since he was in Jr High. I was Army enlisted. He went Army enlisted also, then later got commissioned as an Air Force Officer. Ironically we both married Korean girls. The stories they could tell! When Kim and I adopted our son after 20 years of marriage, they were there in Korea 1995 to visit with our new son & Kim. I was still in California working overtime and prepping the house for our new arrival (my boy). Arnie & Yung flew over from Japan, where they were stationed. I have them on tape with Kim and my son in Korea. They saw my son live and in person before I did! They knew both of my parents (now deceased). I knew Arnie's late Father. We shared and continue to share a lot. That includes the loss and pain. His sister was blessed though. She fought her breast cancer for years. All arrangements were made by her. Sheila was a nurse who loved to travel, and that she did... with a passion. She was under hospice care when she left us. Arnie said only last month she was rock climbing and now, she's gone. It was swift. It was a blessing. It hurts. Kim and I were able to give 'em our friendship...the very best...over dinner tonight. We prayed. I made them laugh. It's gonna be alright. Some friendships are golden. Some friendships are cherished. This friendship, I will never let go. JG
Posted by JihadGene at 8:49 PM

Beautiful! My heart goes out to your friend!

NEVER apologize for not blogging! We love you no matter what:)

Hugs to all of you!

My deepest condolences on Sheila's passing. What you've got there is a family, Gene. A big, loving family. My prayers are going out for all of you at this time. {{Hugs}}

And yes, if you would forward PFC Levine's address and details to me I'd be honored to send him something.

Lots and LOTS of prayers.

And as much as I'm enjoying the romantic story you are sharing, you dedication to good friends is AMAZING, and inspiring.

Pam- Send me your e-mail address to jihadgene@gmail.com so's I can give you the info on Hunter and THANKS!

I'd be insulted if you had blogged instead of consoling your "family" as you should. It would have implied you either thought we were:
a. Shallow and impatient
b. Lacked priorities
c. Weren't willing to wait for excellent stories.

We're not. We'll be here when you get around to it.

Sorry for your loss. I don't think love dies. I believe we see everyone again in a better place.

Gene,
I feel really sad that Arnold's sister has passed away, even though we know she is out of pain and surrounded by loved ones.

Please send a list of Hunter's needs to me.

Love you, love you,
Elder Sister

Prayers are gladly lifted up for them. You are such a caring man.

Tanks for the ass beatin!!!
Are you Norf Korean too or is it just becuzz you have two teenage daughters that makes you seem like it?

I'm so sorry. My condolences to you all on the passing of Sheila. She sounds like an outstanding person. Her story is also an inspiration for people to live life to the fullest.

Everyone else got in ahead of me - there's certainly no need to apologize. Your story will be there when the time is right.

Sorry to hear of the lose of Arnie's sister, Sheila. Cancer can be such a bitch sometimes. I wish you and your extended "family" well.

Keep us all posted on PFC Levine.
Get to work on the stories of a life time before something happens and they disappear down the wormhole of history.

BTW I've nominated you for a Superior Scribbler Award.

Sorry to sound gruff. I'm not Norf Korean, but that might be more fun than having my third child add herself to the ranks of teenagers in a few weeks.

Seriously, take care of yourself and your family and don't stress yourself blogging when life intervenes.

But keep copies of your stories because your son will LOVE them someday.

When he thinks you're old and boring and never did anything interesting, pull these out and make him read.

Deer Della Blavo-
You gunna have three teenagers on your hands soon?! I'm prays for you extra looooooong time! If you need any additional parenting tools such as RPG's, nodong wockets, or cyanide.... I can hook you up!