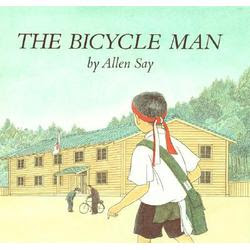 Dear Reader, go to parts 1-6 of Love American VS Korean Style, so as to be up to snuff before reading this latest installment of JihadGene's love of his life.

To recap...met future wife in Army snack bar sitting with friends. Made best friend out of friends to get at future wife (KIM). I tried to get to first base with Kim. No good. I take another route and set up mutual friend's birthday party in order to get to be with Kim. Birthday guy get's drunk, pukes on Kim. Kim leaves party. JihadGene feels like one sad G.I. Some Korean Grandma's (Shaman) at the birthday party take pity on me and try to fix things with Kim, by going to talk to her. All eleven or more of us, crowd into one tiny taxi and head to Kim's place to patch things up. I never get to see Kim but the Grandma's tell me it's all good in the hood and to beat feet. At least I now know where Kim lives. It's almost curfew (midnight). I have no overnight US Forces Korea pass, no money, no smokes to barter with, and no luck. I run for the base. I see a bus leaving. I jump onto the rear bumper of the bus, which got me a few fast kilometers down the road until the bus hits a bomb-crater of a pot hole in the road and I'm pitched off at 40MPH. I survive. It's now a few minutes after curfew and two Korean National Policemen (KNP's) spot me. I run/limp quickly and they blow their police whistles at me, giving chase. So begins "Operation Escape and Evade".

I'm running (taking leg bail) and my Tony Lama tennis shoes, also known as cowboy-boots, have never moved faster. I thank Allah for giving me Korean National Police Officers Bert & Ernie. These are two out of shape, middle aged, Korean, chain-smoking cops, trying to catch a 20 year old US Army soldier who wants nothing to do with these ass holes. I'm limping along but I'm still smoking their asses like Sarah Palin at a moose hunt with a hungry family of Eskimos to feed! Not knowing the area, I zig and zag quickly through a very narrow street. On both sides are a bunch of little houses, like compounds really, all with gates and walls. The way is narrow. The way is dark. Awnings from the roofs jut out at a height of about six feet. I am 6'3" and wearing cowboy-boots. The little street is dark.
Did I tell you about the tops of the little home's walls which are either sporting outward pointing metal spikes or broken glass bottles cemented in on the top of the walls? Sometimes they have both to keep unwanted visitors (thieves) out. I'm setting a world's record for all American soldiers over six feet tall and 200+10 lbs, in the Korean suicidal obstacle course. I duck about all of the awnings. I'm a Ninja. I just know it. KRRRaaaack! Roof tiles fly.
Now folks, I've never been shot. But if I had of been, that's how I would of felt after hitting that awning with the once tiled roof. I want only one kiss from my beautiful Kim before I check out at that big P.X. in the Sky. I'm in and out of reality . Jehovah God, Allah, Buddah, & Ralph Nader only knows how long I've been in a stupor sitting on my ass, hands to my bleeding forehead, yet sitting upright despite my self inflicted wounds. Bert and Ernie, the Korean national Police, have spotted me and are again in hot pursuit. Pursuit of me, Mr G.I. Curfew Violator. As I get up to run, I swear I can smell Kim's purfume. Call it a second wind or hormones, I'm up and running my big ass off again. I think what would my Dad, a WWII US Marine (Guadalcanal & Tarawa veteran) and an electrician, do in such a situation? As I round a corner it becomes clear. I climb a Korean (cement) telephone pole. Up I jump, shimmy a few feet, then grab the rungs. The cowboy boots I'm wearing help make it an easy and quick climb. Once atop "Mount Cement Pole", I look down at the dimly lit street below. Bert & Ernie round the corner. I hold on and try to keep as quiet as any church mouse. They walk back and forth. Up and down the dark street. They are looking everywhere for me, except up. I want to laugh but I don't dare. I remember the song by Glen Campbell, The Wichita Lineman. Now I'm really afraid I'm gonna laugh. They are under me now, smoking cigarettes, and looking up and down the street for me. They are quiet. They are cops who are listening....listening for the sounds of cowboy boots. Just when I think I'm gonna start laughing I see some poor drunk Korean man round the corner, see the cops, then turn on his heel and run. Bert and Ernie give chase. I climb, then slide down the pole. Lady luck is with me, that or the blessings of the Korean Grandma's (shaman/witches). A bicycle with only one tire is propped up against a wall. The front tire is missing...no problem. As a kid we liked to do wheelie's on Sting Ray bikes. I had no idea then, that it would be a valuable skill to me in some far off asian country. I push off, kick the pedals hard, pull back on the handle bars and I'm moving down the street on one wheel. Too frickin' cool! Damn, I'm good at this! Well...except for steering. I bring the bike down for just a second, as I re-adjust my angle at a new intersection. This next narrow street has a big old 'banjo-ditch' in the middle of it. Now this Korean banjo-ditch is about as wide as any I can recall. Maybe 8 foot across and 5 feet deep. Hence the word 'ditch'. The banjo word comes in from Japan brought to us by American troops who called toilets "banjo's". Hence...the banjo ditch is not a sweet smelling/looking place. On I ride into the night. I recall Kim's angelic face as I ride near the ditch and remember the words of General George S. Patton, when speaking about reconnaissance troops..."Just drive down that road, until you get blown up". On I ride, into the crisp Korean city night. Well almost. (to be continued)
* The Bicycle Man by Allen Say is one of my favorite kids books! Take two good-hearted US Marines in post WWII occupied Japan, a school, one bicycle, and enjoy this heart-warming story. JG ;)
Posted by JihadGene at 10:18 AM

I don't see how you can possibly get back to base.
Elder Sister

I read it twice and I'm still laughing...

I really want to know what the Beautiful Maiden's reaction was when she found out what you had done to see her again. Was she Enchanted? Alarmed? Did she barricade herself away, or laugh herself sick?

This story gets better and better.

ROFLMAO - I can just see you up there hanging on that pole. Excellent. Can't wait to read the rest.