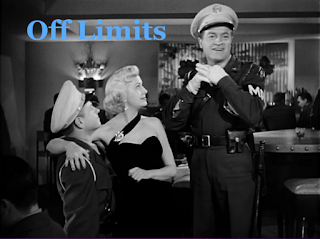 Admittedly, some... and at times much of this, is B.S. sprinkled with a Mitt Romney 47% of truth.If you are new here please go back to read some of the earlier parts of this G.I.'s tale of love at first sight. This is me, JihadGene, as an old guy taking a look back at himself...and love...and raffing out roud! I can't help but come off sounding like Steinbeck writing about Cannery Row, as I write about Korea. South Korea in 1975 was a smell, a sound, a morning calm, and a strange sight to this (then) 20 year old Californian. Looking back gives me great happiness and brings it all back again. It's a joy and a happiness that surrounds me, and reminds me of what is important in life...and what really does matter. I hope it comes across, in that way, for you. God has been very good to me.

I SAW HER STANDING THERE
(for Jean K. of Midland, Michigan)

Asshole! I hope the package was a box of rubbers...for making us wait so long.

Coffeypot-That's a big negatory, Sir. Thank you for your patience and positive attitude LOOONG time!!! ;)

Kid- Nope, but you're closer than Coffeypot!

A PUPPY? CHOCOLATES? What?

Pamibe- Thanks LOOONG time!!! Ruv you!

I am so very honored to have this posted because of my interest and request to read more of your RUV story long time. And #20 is an early birthday gift to read... I await the next installment as a wonderful Christmas present just waiting to unfold!
I LOVE the story of your lovely Kim and your meeting and courtship. And I love the wonderful life and adventure you have had with Kim ever since. Wishing you all good things, my friend!

jck-Ruv ya and thank you for the kind words very LOOONG time!!!