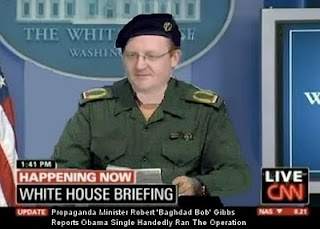 Hi friends! Baghdad Bob Gibbs here with (pause like Paul Harvey)...the news! Today in The House of Representatives, Congressman Barney Frank recommended, due to numerous complaints against intrusive body scans and pat downs, that a new "titular head" of the T.S.A. be appointed. In a rare exhibition of true "BI" partisanship, Democrat Congressman Frank requested that former Republican Congressman Larry Craig be given the job. Frank was quoted as saying "Due to Congwessman Cwaig's 'wide stance' on security of airport bathrooms...I mean, sufferin' succotash... he'd be perfect for the job!"
Posted by JihadGene at 1:17 PM

So does this mean Bawney is in bed with the TSA... ewwww!

I want to be patted down by a chick. She could be lesbian, I donna care.