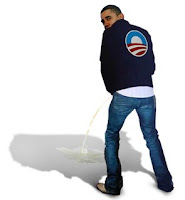 WANG: Right here, Great Reader, Sir! What was it you TiVo'd for me, Sir?

TV: Wolf here, with a CNN news breaking report...CNN has just learned that no less than fifty ICBM's in Wyoming have gone off-line, rendering their targeting systems totally useless against "THE ENEMY" for a FULL 45 minutes!

WANG: Great, Sir? Do you mean it was great that we, North Koreans, may not have been targeted by the Americans for 45 minutes, Sir? Is that what you're saying?

KIM: No!!! I'm means that Americlaw's economy is on the rebound!

WANG: Let me get this straight, Sir. You say... that by America's missiles not targeting us, in North Korea, that the US economy is on the rebound?

WANG: Are you saying TAXPAYING CONSERVATIVES and SMALL BUSINESS OWNERS were the targets of the missiles, Sir?

WANG: So...what you're saying, is that this "45 minutes of freedom" may have sparked some confidence in those hard working middle-class Americans who are invested in America with their hearts and souls, Sir?! You're amazing, Great Reader!!!

KIM: As SureWok Holmes would say..."It's trigonometry, my deer Watson!"

WANG: Can I have a hit off your pipe, Sir?

WANG: Shall I order pizza, Sir?

When we had the practice our reality was the cuts started a long, long time ago. One year we got a note from Medicare saying our payments were going to be cut 5% immediately, and then another 4 times over the next year. This was under Bush who ran on a platform of no new taxes and cut government spending. Fine, but in order to do it he was taking from our already slim profit --rather sustenance margin.

And that's not taking into account the mess the state left us in with unpaid claims.

Obama has been a final nail in the coffin. The bail out for AIG under Bush Administration, then for Wall Street, and all other subsequent bail outs really always have favored large corporations over the small businesses. It's a shame because they're the backbone of this nation.