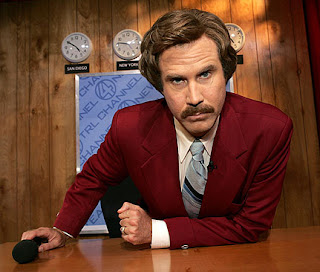 OBAMA... has professors talk and theorize about the Gulf Coast
oil leak while BP's saw is stuck on stupid.

UNITED NATIONS... to send Great Reader,KIM Jong Il, a letter of reprimand for torpedoing a South Korean sub and killing
46 R.O.K. sailors. Obama and Hillery cool with that.

WANG- Some interesting headlines there, Sir.

KIM- It's all about being fair and balanced! I'm just ruvs the
main steam media.

(hat tip to Steve Frey for the inspiration)
Posted by JihadGene at 7:51 AM

Wif all do respect Great Reader, I believe you are misinterpreting the leftist slant of the Lame stream News.

(Great Job BTW with this. It should be a weekly segment with the Great Readers thoughts on da nooze.)

I agree with the Admiral. A weekly special. Unless you have high blood pressure.

If you are an enemy of the USA, you gotta be splitting your sides over the antics of the obama who has zero knowledge of the USA, Biden 'Bozo the Clown can't wait to give more top secret info away' and that drunken old cracker ass bitch pelousy.

I'm tempted to split my sides as well, but then I remember how much these clowns a F me.. I never thought I'd live long enough to see this shit.

I'm with USA_Admiral ... you've hit on a running series with this one. Encore. Encore.

USA Admiral- I gotta laugh at the news or I'd be another suicidal statistic.

Doing it weekly would scar a lesser American Round-Eye for life! I will take this under consideration with the assistance of a new news anchor...hand-picked... by Great Reader,
KIM Jong IL!!!

This was wonderful!! It helps us cope as well, Great Reader!