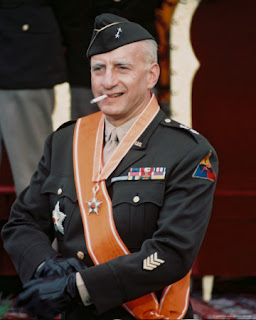 Dear Reader, go to parts 1-5 of Love American VS Korean Style, so as to be up to snuff before reading this latest installment of JihadGene's love of his life.

Where were we? Oh yeah...met future wife in Army snack bar sitting with friends. Made best friend out of friends to get at future wife (KIM). By hook and crook tried to get to first base with Kim. Progress very slow. Set up mutual friend's birthday party in order to get to be with Kim. Birthday guy get's drunk, pukes on Kim. Kim leaves party early. JihadGene feels lower than John McCain on the campaign trail without Sarah Palin (Moose Slayer). I LUV's that Sarah Palin!!! So don't even listen to my Elder Sister Carol! Ooops, where was I? Oh yeah. So the partying Grandma's (AKA- KoreanWitches) take pity on me. All eleven or more of us, crowd into one tiny taxi and head to Kim's place to patch things up. The Grandma's tell me it's all good in the hood and to beat feet.... I never get to see the lovely KIM to apologize to her. At least I now know where she lives. It's almost curfew and I have no overnight US Forces Korea pass. I gotta go!

The clock is ticking. I've got 25 minutes to get back to Camp (10 km away) before nation-wide curfew kicks in...speaking of kicking...the Korean National Police (KNP's) will be kicking my ass if they get a hold of me, out after curfew! I begin to run in my 'Tony Lama' tennis shoes. It's too close to curfew! The taxi's and buses have stopped picking up fares. So I'm runnin' scared when I round a corner and see this bus taking off without any passengers aboard. It's heading towards the Army Camp. As I have no money, nor Marlboro cigarettes to barter with, and besides no one is picking up fares at this late hour, I jump on the ass end of the Han Kook Highway Hound (AKA-Korea Greyhound). Did I tell ya how the Korean Buses have two handles on the back of them mounted just below the rear windshield? In March of 1975 they sure as hell did! I know. By hanging onto the handle with both hands while keeping your (my) big-assed feet splayed outward on top of the rear bumper, it is possible (nutz is what it is) to "Ride the Dawg" erstwhile keeping one's head down so the driver doesn't see you hanging onto his bus in the rear view mirror. Now I admit, I have never seen any Koreans ride in this suicidal fashion before but I have heard of other GI's riding off into the sunset and probably to their early demise, in this way. I was soon to find out for myself 1st hand and thusly began "Operation Suicide Bus Ride".

The bus takes off with me aboard. I remember these words as the bus smokes off into the Pusan City night....

I'm in luck! We keep heading towards my base. My hands are cramping. I want to let go. My knuckles have never been whiter. I have a death grip on the handle. The Korean night air is very cold at 75MPH. My blood pressure must be in the 225 over 190 range. Despite the cold, I sweat profusely. I am comforted by these words from General Patton...

"A pint of sweat will save a gallon of blood".

I know we're getting close. We must be close! I prepare to jump. Hell, I can't jump. The bus is going way too fast! The bus hits a Korean pot-hole, or it might have been a bomb crater left over from after the war, whatever, I'm thrown from the bus. I fly through the air wondering who in the hell would want to be a Paratrooper as I remember Kim's pretty face and more of General Patton's words...

"The test of success is not what you do when you're on top. Success is how high you bounce when you hit bottom".

I land on my 5th point of contact (my ass) at approximately 40MPH and proceed to bounce, slide, skid, tumble, and roll along the roadway. I stop and lay mercifully on the side of the road. Later, when I regained consciousness, I checked my injuries. I'm a big giant case of FUBAR (F'd Up Beyond All Recognition) but otherwise not in too bad of shape. I still have my empty wallet with military ID. The dust and dirt from the road's surface have clogged my numerous scrapes and cuts, thus stopping any serious bleeding. Cool. I get to my feet and begin to limp quick-as-I-can back to the barracks. It is now after curfew (midnight) and I hear the sound of a police whistle nearby. I look behind me and there they are. Thud & Dud. Two Korean National Policemen running towards me. I begin to run-limp. Come on cowboy boots, don't fail me now! I begin "Operation Escape and Evade". (To Be Continued) C
Posted by JihadGene at 7:18 AM

Well worth the wait.
I'm glad Mother never knew about this.
Elder Sister

GOTDAMN IT!
Ugh!
And in a 6 degree of sepration kinda way, I used to ride with Gen. Patton's granddaughter Sandy.
She purchased both of her horses with some of grandpa's personal effects.

Holy Cow! MY blood pressure went up just reading that.....

Sounds like the time I was hit by a motorcycle and thrown up under a car. The road rash was terrible...