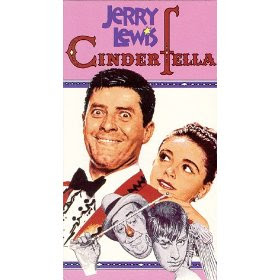 Dear Reader, go to parts 1-4 of Love American VS Korean Style, so as to be up to snuff before reading this latest installment of JihadGene's love of his life.

Where were we? Oh yeah...met future wife in Army snack bar sitting with friends. Made best friend out of friends to get at future wife (KIM). By hook and crook tried to get to first base with Kim. Progress very slow. Set up mutual friend's birthday party in order to get to be with Kim. Birthday guy get's drunk, pukes on Kim. Kim leaves party early. JihadGene feels lower than Nancy Pelosi on her recent book tour. The party ladies (AKA- Korean GrandMa's/Shaman) take pity on JG. All eleven or more of us, crowd into one tiny taxi and head to Kim's place to patch things up.

I do as requested, still in "Operation Sad Sack" mode. We pass by the base. It's getting late. Curfew is at midnight. I must remember the way to, and back to base, from Kim's. I have no glass slipper...like Cinderella...and no overnight pass. My pass is what you'd call a CinderFella Liberty Pass. It expires at midnight. Curfew for the entire country of South Korea was at midnight. That includes all love sick G.I.'s too. Coming in after curfew was a big No-No and it meant a trip to see my First Sergeant, who looked like and who could kick George Foreman's ass! I'm sweating even more now. I'm screwed but at least the GrandMa's are on my sides... and on top of my lap...pulverizing my testicles with their weight... and then to make matters worse... this death-trap-called-a-taxi begins see-sawing and swerving all over the place! The horn blares! It's all about using the horn and hitting the gas over in Korea. We slide sideways doing a complete 360 degree spin that my Uncle Bob (the drunk) would have been proud of! Suddenly there is a big Kahh-Woompf! I hear the Grannies cackling and one says the words "stupid" and "bicycle", in Korean. They all laugh for a moment then turn on the chain-smoking taxi driver, telling him "Bally! Bally!"...because he has slowed down. Bally means faster in Korean. I'm a nervous wreck. I wished I was drunk. Oh my aching balls! Is this what love is? We must have been doing 75MPH when our driver makes a 90 degree turn...we're pulling more G's now than an F-14 Tomcat in a Korean Top Gun School! I hope I blackout. I pray I blackout! No such luck. Merciful God hear my prayers, I say. The little Hyundai taxi swerves. We're on two wheels! Oh Hell! Pulling high G's again...Wummmmph-wump! Now I hear that God-awful laughter and cackling again! One of the witches says "stupid" and "drunk", in Korean. The driver speeds up even more. Holy shit! On we continue and one Grandma keeps saying to me, "Fast Kim house". I know, I say "Too Fast Kim House". She doesn't understand. In a cloud of dust, the taxi has come to a complete stop. God, Jehovah, Buddah, and Allah is good! Well...now the ladies/Korean Witches all bail out and I am stuck paying the fare. I have no money. I give the driver a pack of US Marlboro cigarettes. He smiles at me a yellow-toothed smile and goes thru the gears, burning rubber off into the asian night. At least he will be making it home before curfew. Being a good soldier I memorized the route from the base. Route Recon is always important... and the way to Kim's place? Most important! I never saw Korean Grandma's move so fast. They jabbered Korean into a speaker at the gate where Kim lived. I could make out some words....American...him cry...very sorry...open gate. A lot of the Korean I couldn't make out. I hoped for the best. Before the gate opened one of the Grandma's pushed me out of view and signaled for me to be quiet. I did this, fearing a hex put on me. They entered the gate and talked to KIM. I was outside on the curb. There were no curbs in Korea at that time, but you get the idea. I wait and I wait. I am about 10km from base. Looking at my Timex, I have 35 minutes before curfew, no money, and no more smokes to barter with. After 10 more minutes the Grandma's (using telepathy) tell me to go home, they would fix everything, and that they would spend the night at Kim's. So now I gotta kick-rocks, vamvoose, split, ya know... get the hell out of Dodge... before the Korean Police catch my rear-end outside the fence during curfew! This calls for a plan. Plan, my ass. I have no plan! I run down the street in my cowboy boots like a chicken with his head cut off. I run... and I run! I spot a bus, occupied only by the driver. It starts up and begins to take off in the direction of my base. Now I formulate a plan. A hell of a plan, I might add! And so begins "Operation Suicide Bus Ride"! (To Be Continued)
Posted by JihadGene at 10:18 AM

Jigene,
I love it!
Elder Sister

What Maeve said. This is the best love story I've heard all year!

Hold on for Part #6. Literally!

h2O- Patience. I lived the story but it's still a work in blogress. Hang in there with me,folks! ;)

OMG - you do know how to write those cliffhangers don't you. LOL.

This needs to be made into a movie!

Hammer, I was thinking the same thing. So far. We're not sure where JG is taking us on this little whirlwind romance.

Sadly, if Hollywood got to it, they'd change the screenplay to JG being kidnapped and taken to North Korea and brainwashed into thinking he was the Dear Reader and... well... yeah. Nevermind.