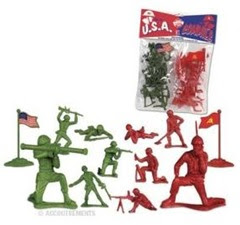 Dear Readers-
Please read "Love American VS Korean Style Part 1" before reading this, so as to be up to snuff when reading this most recent installment in the love of JihadGene's life.

Where we left off-
It was love at first sight and I was a party animal. I sooo felt like, "I gotta get a date with that beautiful girl"! We said goodbye and I drooled my way back to the barracks. I needed a plan and so I formed one.

Now for Part 2-
I launched "Operation Best Friend". For the next three days if my "new" best friend (Cpt Stubing) needed anything...I had it...and he got it! Need smokes? Money? A bottle of Johnny Walker Black? No problem-o. Anything for my new best amigo, who held the key on how I could get in good graces with my future wife, Kim. At the time I didn't know I was gonna marry that cute Korean girl with the most beautiful dimples I'd ever seen. When she smiled, or when I made her laugh, those dimples would show. I was in RUV! Kim's English was about as good as my Korean but to this 20 year old soldier it didn't matter one bit. No sir-ree, Uncle Bob! It really was love at first sight! It did take a while before marriage entered my mind though (a couple of weeks later).

So anyways, after about three days worth of "Operation Best Friend" I thrust forward into "Operation First Base". I begged the very Korean, Mrs New Best Friend/Mrs Stubing, to hook-me-up on a date with KIM. She had me pegged as an Eddie Haskell like she was some sort of a Korean June Cleaver, from the Leave it to Beaver Show. She saw right through me! "You men all same-same", she said. I lied through my teeth, insisting I was plainly different. I wondered if Mrs Stubing was some kinda Korean and American mind reader? I figured "Operation First Base" would have to wait...CRAP.

Two days later I launched "Operation Birthday Party". One way or another I was determined to get on first base. It seems there was a Korean S.G. (Security Guard) at the army camp, who was friends with me and best friends with Mrs. Best Friends family. You follow? Okay. The S.G. loved to drink and said his birthday was later this week. I talked to New Best Friend (Cpt Stubing) about this and he and his wife agreed it would be nice to have him and all the families over for a birthday party in honor of S.G.. Would I graciously help out with supplying some of the booze for said party? New Best Friend to New Best Friend that I was, I said "of course". It cost me, but I was assured I would be rewarded with the company of the future Mrs JihadGene (Kim). I was on fire! I'm headed for first base! Or so I thought.
(To be continued...)
Posted by JihadGene at 12:19 PM

When you get your mind set on something there is no stopping you.:)

Very creative. I commend you. The future Mrs. JG was a very lucky young lady. *grin*

Don't tell anyone, but I'm a sucker for romance...

Teresa- I'm the lucky one!

This is WAY better than watching the DNC.

Gah! You TEASE!
Hurry and write the rest!

The pictures are fantastic. Kim if very beautiful.

Sure make us wait for part three! Damn men!!!!

Believe me, there is more than 3 parts to this. Since I'm either bearing my soul or spillin' my guts, I'm gonna milk this baby for all I can. ;) JG

Gah! You TEASE! Hurry and write the rest!