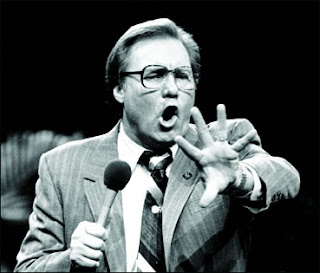 Hello readers! Please go read Fishing With Uncle Bob Parts I ,II, III, & IV before you read this post for the full bodied flavor of my mostly-true story. Here's where we left off... it's still 1966 and Uncle Bob is still intoxicated and not paying attention to his responsibilities as Ship's Captain (driving the damn boat) in the dreaded Suisun Slough, while lookin back at me for his "SODIE".
Long story short....at speeds exceeding 100MPH... in this 11 year olds mind... Uncle Bob "beaches" the now-infamous light blue over white fiberglass boat.You remember? The boat that seats 4 back-to-back and is equipped with the mighty Evinrude 60HP outboard motor, capable of exceeding warp speed? Yeah, that boat. Well after we "beached", it must have been a full 15 seconds (you know, One Mississippi, Two Mississippi, Etc), before anyone made a sound, and now it was my Uncle Bob's "wild laughter", filling the air, all around Suisun Slough. The laughter scared some nearby white cranes, who took flight. I looked up at them. I guess that's what those white and red colored "puffs" were that I saw coming out the aft-end of the boat, as we went whap-whapping through the tulies (reeds). How many hundreds of those majestic birds must have been slaughtered by my Uncle Bob's boat, I wondered? Oh well. My Dad stood up, drained the last 2 oz from his Miller High Life bottle, burped, then picked up the anchor (the one we dragged across the bottom of Lake Berryessa) and with a big inebriated smile, DROPPED ANCHOR, throwing it over the side of the boat and into the muck where it very slowly sank about two feet. My Uncle Bob and my Dad now went totally APE-SHIT with laughter!!! My brother Joe-Bob was even laughing! Oh great...I thought...my own brother must be into the beer, as well. Just when I began thinking I'm the only sane and sober person in this boat, it hit me....we beached this puppy! Even with drunk Uncle Bob at the helm, I was, despite life's deck of cards being stacked against me, still ALIVE, and may well live to see my 12th birthday!!! I could of had a come-to-Jehovah moment, like my Mom, but naw! Besides the Jehovah's Witnesses don't celebrate Christmas, the bastards! Seeing how full of life and happy my other shipmate's were....I went full-blown "Pentecostal Preacher-man"! Yes, I went JIMMY SWAGGART!!! I started jumpin' around, doing double-back-flips, yellin' Hosanna's!!!! Having survived death, I began wildly laughing too! We all then pointed at the sinking anchor and laughed our fool-heads off! It could'a been because of all the beer they drank, but I swear my Dad and my Uncle Bob were talking in slurred tongues! I tell ya, the sky was never more blue, nor the muck never more muckier! Hallelujah!
Ya know that nice Christian Church song "Because He Lives"? Well, stuck in the muck and mire of the Suisun Slough back in 1966, I did my own version, on my knees, in the bottom of that now
mud-splattered, light blue over white fiberglass boat, that seats 4 back to back, with the beat-up and once mighty 60HP Evinrude outboard motor. I sang...

Well...My brother Joe-Bob, apparently overcome with joyous "nervous-smiling" emotion, jumped outta the boat, and got down on his knees! Just when I thought I had saved my very first SINNER, I realized I had done no such thing. Holy crap! Joe had only sunk up to his knees in the slough's muck. It was then Uncle Bob said, after gettin' another Miller High Life out of the cooler, "I'll get the bird feathers and blood off of this here windshield. In the meantime, you all get out and push this sum-bitch back out to sea"!
Shit. Even the God's of Jimmy Swaggart were against me. (To be continued)
Posted by JihadGene at 9:12 AM

Jigene,
Worth the wait. But what did you do all day Tuesday that you couldn't blog this? I was starting to worry.

Carol-
Good Grief! Someone had to take over when Maxwell Smart died! The CIA won't let me tell you! For security reasons...you understand?

Carol-
One more time...
I bust my ASS, and bruise both of my index fingers....TO THE BONE
(MIND YOU) typing, and you respond with "WHAT DID YOU DO ALL DAY?" Are you turning into Mom and goin' all Jehovaha-ha's Witness on me? I'm re-writing the will if you do!!!

Love Always,
Your Worried About Your Mental Health Brother...Gene

I bet she's just dyin' to get her hands on some of that nuklr stuff you got over there... Riiiiight.

Jigene,
I'm in the will? Hmmm. That might change everything.

P.S.
Is Susie in your will? She might start being nice to you.
(I know for sure you're not in hers.)

Carol-
Ya want the car or the van? Ya still gotta take over the payments, though.
Susie get's to keep all my fishin' gear! Well,what she can find, hidden within the muck of the Suisun Slough!Yee-Haww! Redneck's the lucky one...I bequeath to RedNeck... my Crossman Pellet Rifle with a half a can of pellets! I just wouldn't feel right if I gave him my real rifles, pistols, and shotguns...that sucker has enough of his own to start a war!!!

I want the red pickup truck, and that really darling rearend of a pickup trailer.

But I'd really prefer that you outlive me.