Are You Playing a Game of Horse? Or...Did You See the Simpson's Movie? 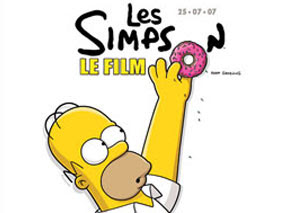 Man, I was having fun in the sun with my 12 year old boy today! My son finished school on Friday, and damn-it, I just can't go cold turkey, straight into summer! So I took him to his school, so I could get some much-needed EXERCISE and see where they used ta hold him prisoner, whilst I had some peace and quiet. Gosh I miss his school! Enough. Well, first we were shooting some hoop, then later went for a walk/run around the school track. Our son's school is a private (religious) school. That's the only way to go, out here in Arnold Schwarzenegger Land (Kow-wee-forn-ya). So anyways sonny and I, both having seen and laughed at, the Simpson's Movie, are playing a game of "Pig Crap Silo". It's like playing a game of horse, where when you miss an identical shot, made by your opponent, you get a letter. So the one who spells the word first, in our case it's three games, one of PIG...then CRAP....and then SILO, is the "loser". So we're playing at the religious school when a nice old silver-headed, man-of-the-cloth approaches us and kindly asks, "You playing a game of horse'?
Well, my son, being the totally honest one, (before I can intervene and say YES) says loudly and proudly, " We're playing a game of PIG CRAP SILO, Sir"! I'm thinking unclean thoughts, like HOLY SHIT, SON! Or SHUT THE HELL UP, BOY!! It's written all over my non-poker playing face as I'm turning beet-red while Father Murphy is choking on his coffee and laughing his ass off at my son's response. He must'a seen the Simpson's Movie! Ya think? At the end of the games I ended up with PIG and SILO....but I felt like red-faced CRAP! My son asked, "Why's your face so red, Dad"? "I'm just outta shape", I said. Hope I don't have to find another school. JG ;)
Posted by JihadGene at 8:07 PM

Hahaha. You should know what one of my daughters said in front of a visiting archbishop. I still cringe. I knew a wonderful Irish priest who said he didn't begin to swear until he became an army chaplain.

I was told years ago barnyard epithets were just unmannerly. It's not truly wrong till you cart the Holy Family and the Trinity into the swearing or take it upon yourself to consign someone else to hellfire for all eternity. Oh... and Jesus's middle initial is not "H." I learned that at school too.

Your boy sounds like a fine lad. What priceless times you have with him. Keep up the good work, JG. 12 becomes 18 too quickly.

I figured that's where you stored your nukes.

Either he saw the movie, or he's played it before. Or heard a confession of someone that had.

BTW, I can go COLD TURKEY into the summer, and I wish nature would let me.

Delta's right though, they grow up damned fast, and by the time they hit 18(and I can do what I want), they think they're 25 and want their car insurance rates lowered.

Much truth and wisdom in your words there, THANKS! JG