I'm too Young to Fight 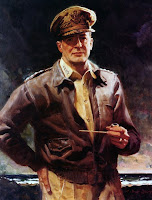 Here's an e-mail I got and I am sorry I don't know who to give credit for writing this. I am too young to re-enter military service it appears.

New Direction for any war: Send Service Vets over 60!

I am over 60 and the Armed Forces thinks I'm too old to track down terrorists. You can't be older than 42 to join the military. They've got the whole thing ass-backwards. Instead of sending 18-year olds off to fight, they ought to take us old guys. You shouldn't be able to join a military unit until you're at least 55.

Researchers say 18-year-olds think about sex every 10 seconds. Old guys only think about sex a couple of times a day, leaving us more than 28,000 additional seconds per day to concentrate on the enemy.

Young guys haven't lived long enough to be cranky, and a cranky soldier is a dangerous soldier. "My back hurts! I can't sleep, I'm tired and hungry" We are impatient and maybe letting us kill some asshole that desperately deserves it will make us feel better and shut us up for a while.

An 18-year-old doesn't even like to get u p before 10 a.m. Old guys always get up early to pee so what the hell. Besides, like I said, "I'm tired and can't sleep and since I'm already up, I may as well be up killing some fanatical son-of-a-bitch.

If captured we couldn't spill the beans because we'd forget where we put them. In fact, name, rank, and serial number would be a real brainteaser.

Boot camp would be easier for old guys. We're used to getting screamed and yelled at and we're used to soft food. We've also developed an appreciation for guns. We've been using them for years as an excuse to get out of the house, away from the screaming and yelling..

They could lighten up on the obstacle course however. I've been in combat and didn't see a singl e 20-foot wall with rope hanging over the side, nor did I ever do any push-ups after completing basic training.

Actually, the running part is kind of a waste of energy, too. I've never seen anyone outrun a bullet.

An 18-year-old has the whole world ahead of him. He's still learning to shave, to start up a conversation with a pretty girl. He still hasn't figured out that a baseball cap has a brim to shade his eyes, not the back of his head.

These are all great reasons to keep our kids at home to learn a little more about life before sending them off into harm's way.

Let us old guys track down those dirty rotten coward terrorists. The last thing an enemy would want to see is a couple of million pissed off old farts with attitudes and automatic weapons who know that their best years are already behind them.

If nothing else, put us on border patrol....we will have it secured the first night!

Posted by JihadGene at 1:47 PM

I've gotten that email and I pretty much Agree !

Though you won't find me luggin an 80 lb sack in 130 degrees(or even 65 degress) these days. So figure out how to keep us supplied.

How about IED proof off-road amphibious RV's. All the comforts of home and stuff to shoot at anytime the old eyes pop open or when we take a break from cyberspace. In the meantime the hills of A-stan will be rockin to some Doors, Led Zep, Nirvana, FZ, or anything else that sounds like it will annoy the varmints over there.

Give us UAV's and we'll do our own air support.

This is incredible, I haven't gotten this email...love you blog, follow me!

This is pretty much what the old man has been saying for 20 years. But at 62 I think he's finally over the urge to re-enlist! LOL!

I think you left out half the population here JG... This is one I saw years ago. It still makes me laugh.

"Draft American post-menopausal women. Outfit them with automatic weapons, grenades, gas masks, moisturizer, hormones, chocolate, and canned tuna. Then drop 'em across the landscape of Afghanistan, and look the hell out!"

Here are six reasons we need these old girls:

1. Their anger quotient alone, even when doing standard stuff like grocery shopping, is formidable enough to make armed men in turbans tremble.

2. They'd like to get away from their husbands, if they haven't already.

3. They have nothing to lose! They've survived the water diet, the protein diet, the carbohydrate diet, and the grapefruit diet in gyms and saunas across America and never lost a pound. They can easily survive months in the hostile terrain of Afghanistan with no food at all.

4. Finding bin Laden in some cave should be no problem. These women have tracked down husbands and lovers in bars, hardware stores, even men's rooms.

5. Want to unite the warring tribes in a new government? Easy for these American grandmas. For years, they've planned seating arrangements for extended families at holiday dinners. They understand tribal warfare.

6. They've divorced enough husbands to know every trick for hiding money sources. They know where to find the dough and how to seize it ... with or without the government's help!

Here's the best part. Since the Taliban hate women, imagine their terror as battalions of "mature," hot-flashing American dames attack. Right along side thousands of geezers armed with canes, walkers and bright yellow pants.

Almost makes you pity the enemy.

Pam- I bet once me 'n C_Bob get the up-armored RV going, he'll join us!

Teresa- I absolutely agree and love it looong time!!!

You've got some pretty awesome points there. Thanks for sharing and I wholeheartedly agree.