Taliban and the NFL. Man on the Street Interview. 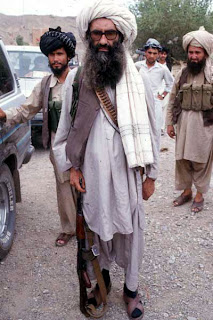 JihadGene with another man on the street interview.
Today we're in Spin Buldak, Afghanistan...

JG- So, Mr TaliBan, how do you deal with insubordinate troops?

TALIBAN- I can only think of one, really. He was named "FAVRE". What an a$$hole.

TALIBAN- I'm not sure of his first name, or if he was in the NFL, whoever they are, but I sure remember that last name "F-A-V-R-E". In the Pashtoe language it means "Buddy-F*cker". Favre, he lived up in the Hindu Kush mountain range, made love to goats, had a pitiful beard, always wore a helmet instead of a turban, and smoked a lot of cheese. An over-rated soldier if there ever was one! He was always crying like a baby, saying he didn't have the will to fight anymore. Then, after a few months, the idiot would return wanting to be the commander on the field . We got rid of his ass. Just shipped him out.

JG- You're not gonna tell me they shipped him to New York, are you?

TALIBAN- Aww hell naw! We sent him to Wisconsin. Never heard from him again.

Posted by JihadGene at 6:59 PM

Labels: favre's a piece of work

But I do need to say...COWBOYS?! Are you nucking futs?!?! (one day I'll explain the very convoluted reasons I hate the cowboys)

To be truly nucking futs I would have to be a fan of da BUCS.

Cowboys!! Hehehehe, we are going all the way baby!