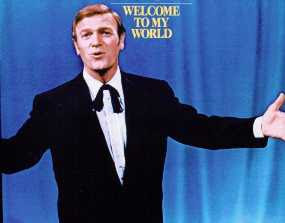 Meanwhile somewhere in a humble palace, just a little north of the Souf Koreans. You knows the dishonorable Souf Koreans don'ts you? Their peoples slave and starve in the streets, bowing in homage five times a day, and mayblee Eight Days a Week, towards Clawford, Texas and prayings to Georgie Doublewoo Bushie for American Mad-Cow infested cuts of beef to quickly be imported so they can fill their Seoul-less bellies! Wheres was I? Oh yeah, meanwhiles somewhere north of the Cowards of the DMZ (US ARMY 2nd Infantry Div), we find Great Reader KIM Jong IL reflecting on CHOICES.....

WANG- How so, most Self-Enamored One?

WANG- Wow! So many cars!

KIM- And they are for sale to all USA peoples and ill-weegull immigrunts too! Man, they love those Ford and Dodge vans!

KIM- Mostly them are slaves of MEXICO's 3 AMIGO's!

WANG- I know we're talking choices here, Your Greatness, and the Americans are having an election in November of '08...

KIM- Stop rights there! Let's me interrupt your twain of thought, Wang. Choices?! Look, who's running for Repubrickan President of all salt mines and the whole-enchalada of USA?

KIM- Him sobered up (don't know about his kid though, Gore's either) and never ran. So, Nope.

WANG- How about Ted Kennedy?

KIM- Him laid-up in hospital getting a new neck brace, I'm thinks. The one he used after Chapaquid-dick is too small for his fat-ass now. Or...hmmm...maybe he got his 10th liver trans-prant. Regardless, Kennedy is DEMO-KWAP, No RepubPRICKan! So answer is, Nope!

WANG- Well who are the choices for Republican Presidential Candidate?

KIM- Great isn't it?! Welcome to my world! (Rest in Peace Eddie Arnold)
Posted by JihadGene at 6:09 AM

Great Reader, I bow to your brilliant decision to recall the greatness that was Eddy Arnold (rest his soul) in a post with the shnockerdnessishness that is Teddy "Whotta Freakin' Inflatable (only for himself and not Mary Jo) BOOB" Kennedy.

That's why you are the head of a nation, because of your tremendous leadership and all-encompassing kindness, and I have to worry about mundane stuff like "Do I pay my cell phone bill, or order from Dominos?"

I'm some's-day will have monument built on high mountain just for you!
Great view of gulags too!!!
You bee a #1 Bwooklynn DraftDodger Fan!

P.M.S. Many people's calls me slimeWad. Is that great honor or what?!