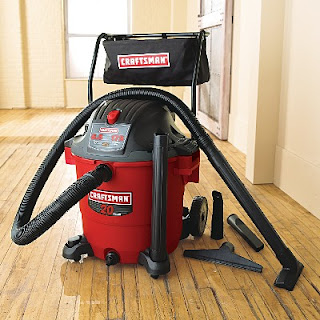 I did my very own "Clinical Test" ofWHO SUCKS MORE? OBAMA OR MY SEARS WET & DRY VAC WITH 6.5 PEAK HORSEPOWER!

Barrack OBAMA says..."I'm the only major candidate who opposed this war from the beginning. And as president I will end it. Second, I will cut tens of billions of dollars in wasteful spending. I will cut investments in unproven missile defense systems.
I will not weaponize space. I will slow our development of future combat systems.
And I will institute an independent "Defense Priorities Board" to ensure that the Quadrennial Defense Review is not used to justify unnecessary spending. Third, I will set a goal of a world without nuclear weapons. To seek that goal, I will not develop new nuclear weapons; I will seek a global ban on the production of fissile material; and I will negotiate with Russia to take our ICBMs off hair-trigger alert, and to achieve deep cuts in our nuclear arsenals".

Here's the video of him saying exactly this in February of 2008, only 4 months ago.


Here's what's gone on as of late (5 June 08).
It seems, we in the USA, have conducted yet another successful anti-ballistic missile test. What does "I will cut investments in unproven missile defense systems", mean? It sounds like something KIM Jong IL and others like him, would love to see. Or the Chinese gotta love this..."I will not weaponize space." Yeah. Space, the final frontier! Somebody beam this shit-head back to Oprah! And here's a big enemy crowd pleaser, "I will SLOW our development of future combat systems". That's rich. Speaking of rich, how about this..."I will set a goal of a world without nuclear weapons". Settting goals, while good, must also be F%$KING realistic!
Face facts...OBAMA'S shit is weak. He is not Big League material but is a soft ball playa for Team REZKO. If OBAMA'S elected as our President, our futures (kids too) are on the line because of his dumbassery! Barrack is UNPROVEN as a President. Let's keep him that way. Just had ta get this outta me. I can't believe Obama is such a dumb fu*k. But he is. He. damn. sure. is.
*Oh yeah! The "Clinical Test" results are in and...
BARRACK OBAMA OUT-SUCKS ANYTHING SEARS CARRIES!!!

Posted by JihadGene at 7:55 PM

He sounds so much like the late 60's "peace and luv" hippies it's scary. You're right though - he does way way outsuck even the strongest biggest vac Sears might ever sell.

Enjoy this little tidbit. When he sucks, he blames his adoring worshippers.

DB- Obama sounds more like a kid or like 98% of the prison inmates I talked to...it was someone else's fault or "I was framed". Screw that.
JG